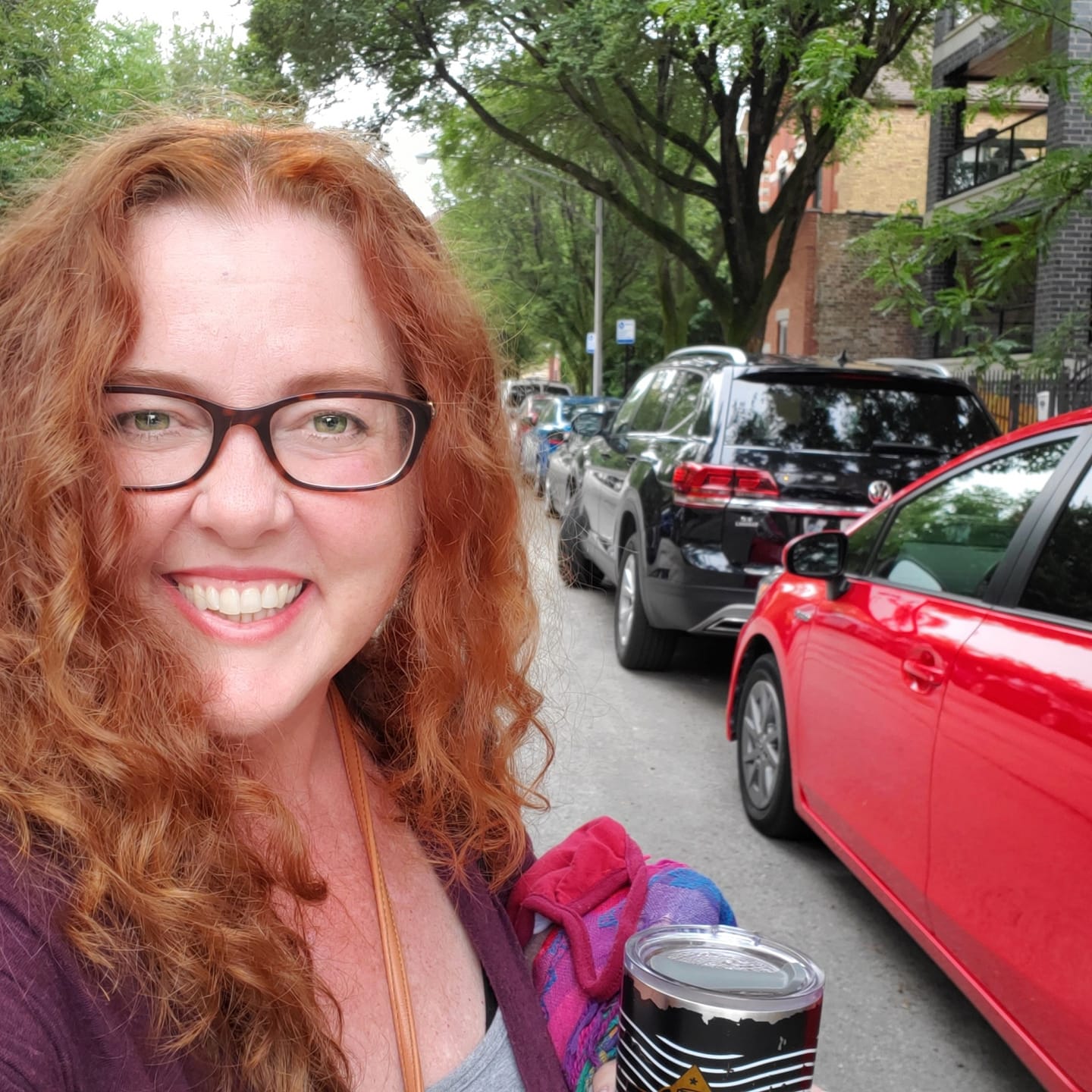 An entertaining story about being willing to step out of your comfort zone to be the the change you want to see in the world.

Tonight Tara, my dog,  and I walk down Milwaukee past two young guys drinking beers.  They smile and say, "Hello, ma'am, beautiful dog!"

I thank them, wave, and we keep it moving.

Ten steps later, I hear them catcalling and whistling at a young woman walking by. She picks up her pace and hustles past me.

Most people would say it's not my business.  I know, I know. I choose the latter anyway.

"Ignore? Don't ignore?  Most people would say it's not my business ...

I circle back to the boys and say, "Hey, you seem like nice guys and I really like your friendly nature!"   They thank me. Big smiles.    "So, I'm going to ask you a question you won't like, but I hope you believe me when I say it's not from a place of unkindness.

Why did you catcall at that girl walking by? I'm genuinely curious."

They make a few excuses including telling me girls like it. I raise an eyebrow and say, "No, boys. They don't."

"But I think she's beautiful! I even called her 'Queen!' She should be adored like royalty!"

I make a face and say, "You said - and I quote - 'Hey, Queen, lemme see you shake dat ass, ooo can I have a piece of that?'  I agree she should be treated like royalty so let me ask you, would you talk to Queen Elizabeth that way? No? How about Kate Middleton? No? Of course not. So, tell me why you really did it."   *The Mom Look ensues* ... *pause*

"I wanted her to look at me. To be honest, being alone kinda sucks and I do it because I'm not the best conversationalist and it's pretty much the only thing I can think of on the spot."

Well dang!  I did NOT expect that reply...but we talk about it. Rather, they talk themselves through it and I mostly listen.

The boys decide it was a really dumb thing to do and maybe there are conversation starters that could have gotten better results.

"... maybe there are conversation starters that could have gotten better results.

One of the boys says he knows a few magic tricks so I ask if I can see one. He happily obliges - it was good! I tell them I have to go but that I enjoyed meeting them and I hope they have a good night. I also tell them to expect better of themselves than that cat-calling garbage.

They ask for hugs. I tell them my newest street artist friend says elbow bumps are where it's at. They laugh and say, "Of course she knows street artists!" then bump elbows with me, and Tara.   I head for home.

Step out of your comfort zone and be the change.
It's only hard until you do it.

Kelley Farrell (better known as Chicago Kelley)  is travel writer-photographer.  Get more of Kelley's stories by following her on Instagram