The Stench of Dehumanization, Auschwitz by Karletta Marie | Inspiring Story #17 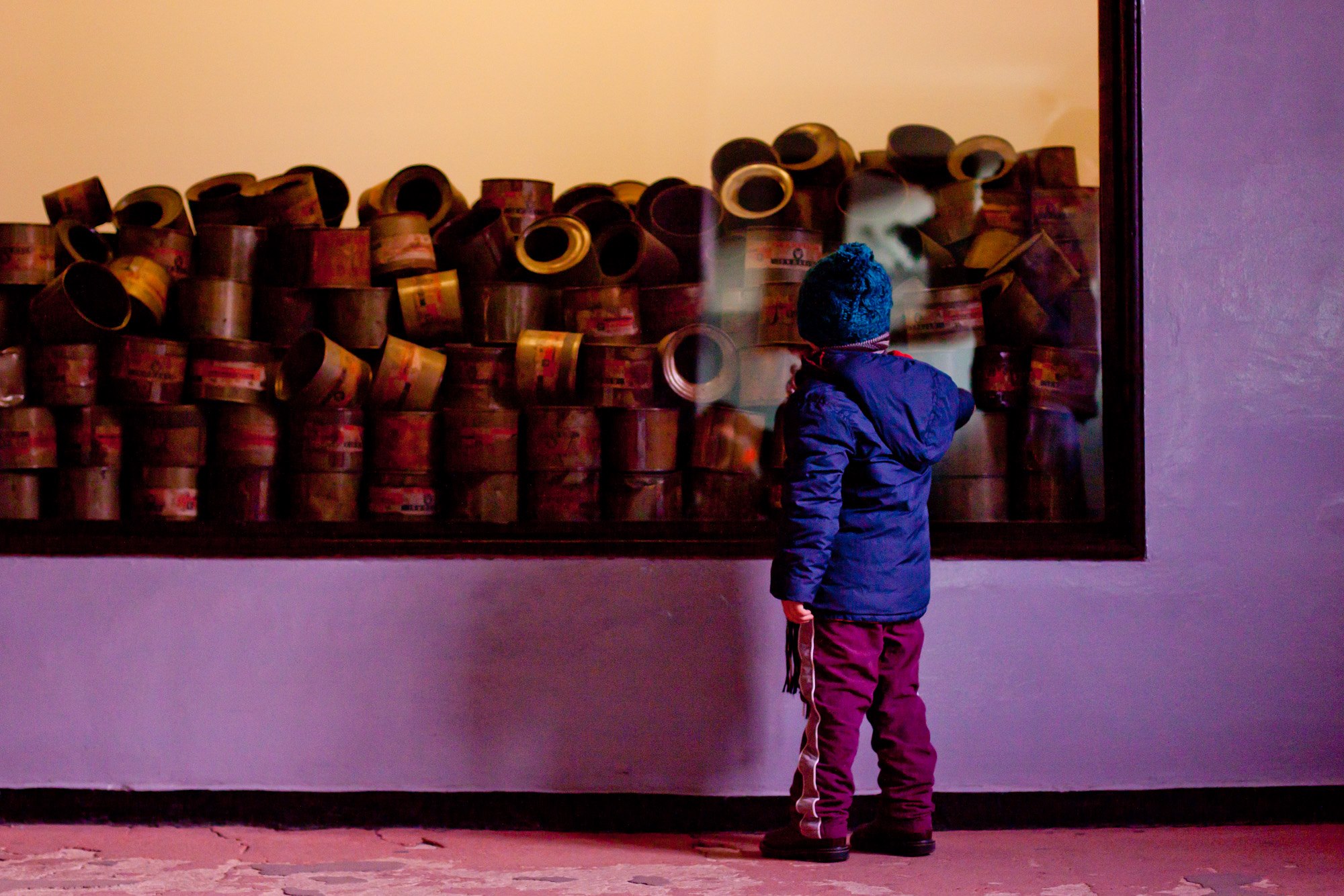 Auschwitz, I will remember ...

I peer through the glass display, I want to dry-retch, but tears come up first. It was the piles of hacked-off hair that got to me the most. A big matted mass of plaits and pony tails. Two tonnes of hair, cut off and stolen by the Nazis to be used to make haircloth; fabric made of human hair.

“When the cold scissors touch my scalp and my hair slowly falls down, I can’t help it, my tears fall down, mixed with my black curls.” * Anna, she remembers her ordeal upon arriving at Auschwitz, being stripped naked and having her hair cut off. I think I saw a clump of black curls in the piles of hair tangled, all wiry like wool. I slowly walk past another glass display. 43,000 pairs of shoes found in the camp on the day of liberation. Piles and piles of shoes. Who was the woman who wore the red sandals? When she entered the camp and walked under the metal sign marked “Work Will Set You Free”, did she know she’d be gassed to death immediately … like Sarah Wiese and her daughter Tziporal? Or maybe that woman with the red sandals wasn’t gassed, maybe she was one of the young married women processed to Block 10 so Dr Carl Clauberg could inject her for sterilization testing?

My eyes zoomed in on a tiny brown boot sitting all alone in a corner. Who was the red-cheeked toddler clinging to his mother in the cold, screaming as daddy was directed to the right. His daddy, loaded into a train, prisoner, a slave, tattooed with a number, only to die of exhaustion two months later. The child would never see his daddy again. I stare into piles of tangled spectacles, a symbolic sea of living, breathing, loving people with mothers and fathers and children and feelings. Who wore those mangled glasses before they were mangled? Freddie the Polish Dentist or Rudolf the businessman from Czechoslovakia or Benjamin the Jewish poet or Etty the writer? All dead, we’ll never know!

I saw so many faces hanging in the Extermination block. Men, women, young and old. I stare into the sweet eyes of the twins, Maria Krajewska and Czeslawa KrajewskaI. I’m sickened at the thought of the torture they must have endured. And how brutal their parting must have been. I keep walking down the dark corridor. Faces, faces, faces. Striped pyjama uniforms. Their name taken and replaced with a number that became their name.

The stench of death burns my nostrils, stings my eyes. A wave of emotion hits my gut and again I struggle not to vomit. I have to get out of this dark corridor! At least 1.1 million people died a cruel death at Auschwitz-Birkenau. People just like you and me. People who another group of people decided weren’t worthy of freedom, weren’t worthy to be treated with basic human dignity or even worthy of life itself.

The Nazi’s stole their freedom, their dignity and their life; reduced these beautiful, living people into nothing. Dehumanizing them into a burning rubbish heap. Bodies beaten, kicked, injected, experimented on, shot, sent to gas chambers. Killed and bulldozed up like garbage. Dehumanized, thrown about, piled up just like the plastic in the sea we are all trying to clean up. Though difficult to witness the atrocities of Auschwitz-Birkenau, the experience of visiting this historic place has reminded me of two powerful lessons …

LESSON 1: To be more conscious of my thinking toward people who are different to me. To do my best to never judge another person for their beliefs, for their race, religion, their status, occupation or their life choices. This is where dehumanization starts. Never let it happen again! Racism, bigotry and judgment still goes on today. Even in subtle ways. You and I may not be killing people with guns and gas chambers, but are we 'killing' them, hitting them right in the heart with our words, our eyes, our judgments our avoidance, our shunning?

LESSON 2:  Cherish your freedom. If you’re privileged to enjoy free-will and free-choice without punishment, don’t ever take it for granted, use it for good. Use your freedom to spread LOVE. Hold your freedom precious and never give it away freely to any other person, organisation or society. Over a million human-beings had their freedom stolen at Auschwitz-Birkenau alone - their very lives taken because of their race, religion, age, affiliations, occupation or lifestyle choices.

Be the person that accepts everyone in love. Never let this happen again. We are all human. We are feeling, human beings, each and every one of us. We all have a right to freedom

Thank you to Lucie DeCrisafaro and John Dionysiou for photography From Making Bricks, to Building His Own Education Centre | Boy from DR Congo Transforms His Life (and the Lives of Others) | Inspiring Story #152