Horses Led Me To Travel the World Empowering Others 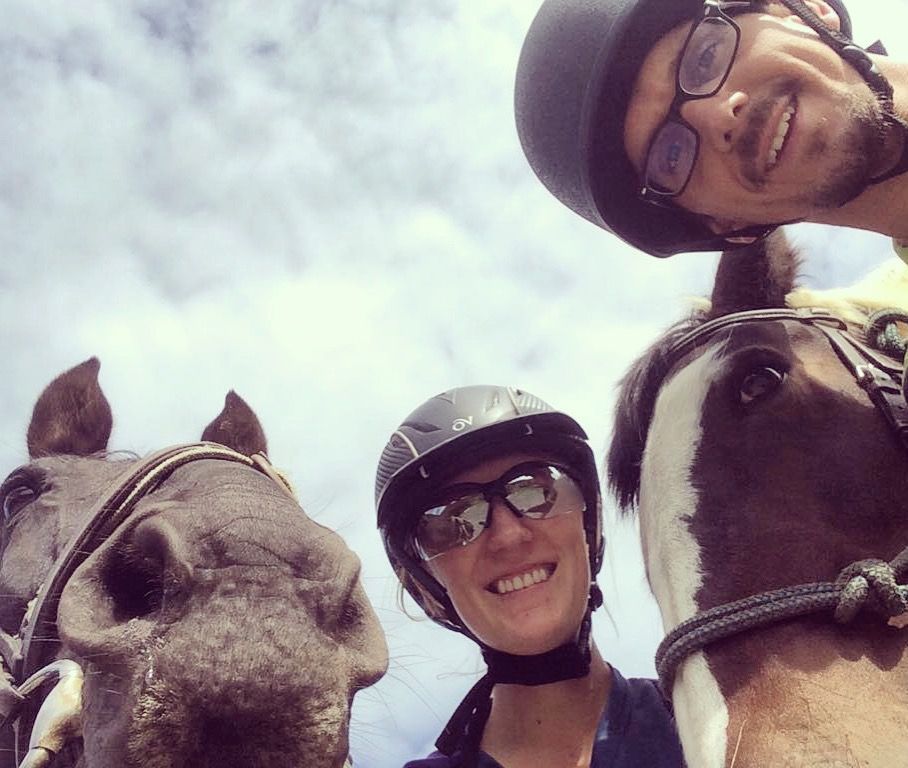 Do you have a dream to travel the world? Meet Krystal ... a woman who trains horses, travels the world, and empowers other women as she goes!

Back in 2010, I made a choice. I wanted to risk it all in pursuit of my dream to compete internationally as a show-jumping rider. I left behind my life in America and booked a flight to Belgium, where I would start my first job overseas—working with an Olympic rider! This opportunity hadn’t come easily, and I knew I would regret it if I didn’t take the chance.

Now here I am, eight years and fifty countries later. I have worked abroad as a solo woman in India, Romania, Egypt, Bhutan, Italy, and many others.

So, what has my connection with horses taught me about empowering myself and others?  Let me share three key lessons with you ...

LESSON ONE:  We Can Teach Equality Through Cultural Sharing & Connection

Horse riding is the ONLY sport in the Olympics where men and women compete EQUALLY.

While working in India and Egypt, I was often the ONLY woman working in the riding clubs. I had to manage a staff of mostly uneducated males with a very limited understanding of horsemanship.

Horses were predominately used for the military, and in many countries, they still believe that horse riding is a “man’s sport.” I had to fight for my right as a woman IN CHARGE of a team of men.

I had to prove that my uterus wasn’t affecting my performance to get the job done, and I would often train extremely difficult-to-ride horses as well as run the entire riding club. I worked hard and eventually won many of the hardened men over to my side. Some of them even dedicated themselves as my personal shadows, eager to learn natural horsemanship training techniques.

I had to prove that my uterus wasn’t affecting my performance to get the job done.

LESSON TWO: We Underestimate How Powerful We Are

The more I was recognized as a lone woman around the stables where I was working, the more women started coming to me. They would invite me to their homes and cook for me. They would offer me tea and talk to me about their lives. They often admitted they had never realized a woman could do such a hard, physical sport such as horseback riding, show jumping and polo - all of which I did.

They also shared their fears about being around horses. Many felt it wasn’t possible to follow in my footsteps. That is where I proved them wrong! I showed the women that horses were gentle creatures, having the power to heal.

They communicate, not with words but with body language and facial expressions that seem merely whispers. Because of this, horses communicate mostly on energy, and since women naturally have very maternal vibrations, we often underestimate how powerful we are.  Women are perfect at mastering horsemanship. Helping the local girls to ride was an absolute honor for me. LESSON THREE:  We are Never Too Old To Learn

Riding can be learned at any age. Two years ago, I took a solo drive in a crappy car from England to Mongolia. Along the way, I met my-now-German husband, Christian, whom I met in Azerbaijan. He had never ridden a horse before but had always dreamed of it. When he and I moved to England last year, we invested in a young horse, a mare named Lilly, as a training project.

My husband now rides her nearly every day! At age 30, my husband started to learn horse riding, and now, the two cannot be separated. Lilly follows him around in the field like a puppy. They have won ribbons at their local Dressage shows, have trail rode out across the English Countryside, and Christian has even attempted a bit of polo.

Horses are wonderful creatures with a lot of love to give. I never realized when I was young how many doors of opportunity these wonderful animals would open up for me.

Because of horses, I travel the world, I found myself, I help others, and I’ve watched them heal souls and bond with people around the globe.

Krystal Kelly has been traveling since 2010 as an equestrian professional and adventuress. She lived in Egypt during the Revolution, and she lived in India for TWO YEARS! She also worked in Bhutan and drove a car from England to Mongolia! She strives to encourage other women to become adventuresses.

Krystal shares advice and tools to help empower other women to travel, whether it be solo, with their partner, friends or with their mom!

From Making Bricks, to Building His Own Education Centre | Boy from DR Congo Transforms His Life (and the Lives of Others) | Inspiring Story #152