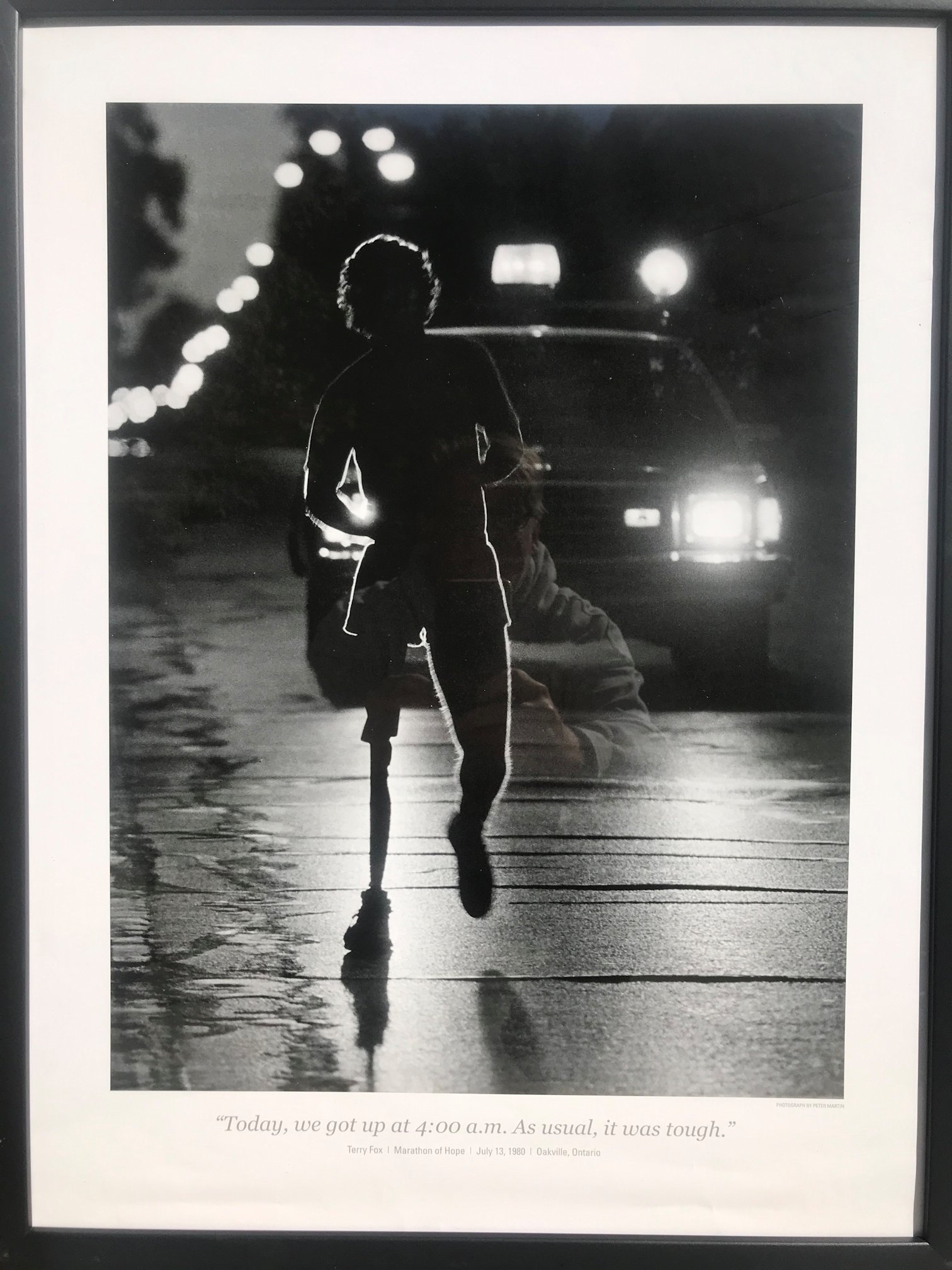 How do you get up and face each day while coping with incredible loss?  Where can you go, what can you do to draw hope and courage to just keep going?

Be inspired by Tom's story ...

A long tube arrived, postmarked British Columbia. In it, a black and white poster of a police car lighting the wet road and a man, his mop of curly hair, his legs, one like a tree trunk and the other a steel rod. Words below, Today, we got up at 4:00 AM. As usual, it was tough. Terry Fox, Marathon of Hope, July 13, 1980.

I was in college when I heard about Terry Fox’s run across Canada. He covered a marathon a day, two hops on his left before he swung his right leg, amputated due to bone cancer, to catch up. On September 1st, 3,339 miles and 143 days into his run, Terry stopped just outside of Thunder Bay, Ontario. The next day, he announced that Osteosarcoma had metastasized to his lungs.

The Marathon of Hope raised $24.2M that year and has raised $750M to date.  Terry became a Canadian hero, and today his name appears on the Terry Fox Courage Highway, a mountain (Mount Terry Fox), and a Canadian Coast Guard icebreaker.

My son, Justin, was also a runner. Built like a runner, Justin was three-way thin viewed from the front, side, or top. He loved baseball and soccer, but I knew he would be a runner when he asked two miles into our first 5k...

“Sure, just wait at the finish,”

I admired his long stride and strawberry blonde hair, swaying in the wind. At the finish line, my head pounded and felt like it was in an oven. I bent over,

Justin’s long fingers rubbed my back in small ovals. I gulped hard and puked, 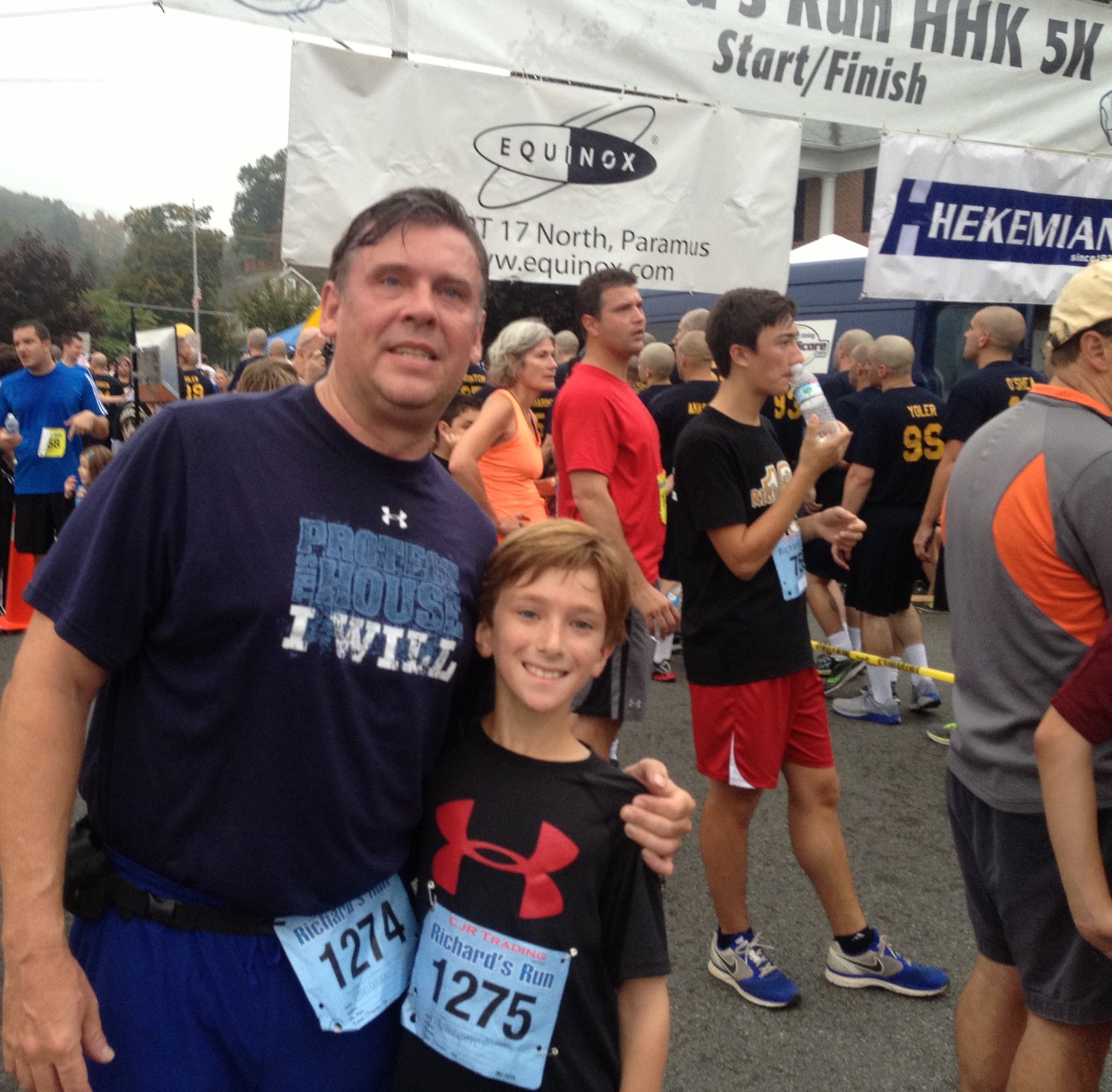 I was okay, but Justin wouldn’t be. Two years later, doctors misdiagnosed him and placed a train track of titanium in his fragile neck. Months later, he had a correct diagnosis, Osteosarcoma, and began the same chemo that Fox took forty years earlier.

Justin threw up for weeks on end. I saw the fear in his face as he stumbled to the bathroom. He marked the end of the first week with a sneer, “I don’t need help.” Ahhh, before the splash in the toilet, oooh as if punched in the stomach, followed by the watery-eyed walk to the couch. Day after stinking day.

Justin went into paralysis four separate times.  It was a spring morning, when his legs gave out for the final time, he collapsed on my shoulder and said, "Dad, I can't walk anymore."

It was a spring morning, when his legs gave out for the final time, he collapsed on my shoulder and said, "Dad, I can't walk anymore."

“Thanks, Dad.” Only twelve, he thanked everyone, bore the pain, all while helping his brother select a college.

Justin passed away four days after his thirteenth birthday. His favorite teacher recalled Justin’s smile at his memorial, “Let your smile change the world. Don’t let the world change your smile.” Our family remembered his smile and created our 501c3 foundation, Justin’s Smile. 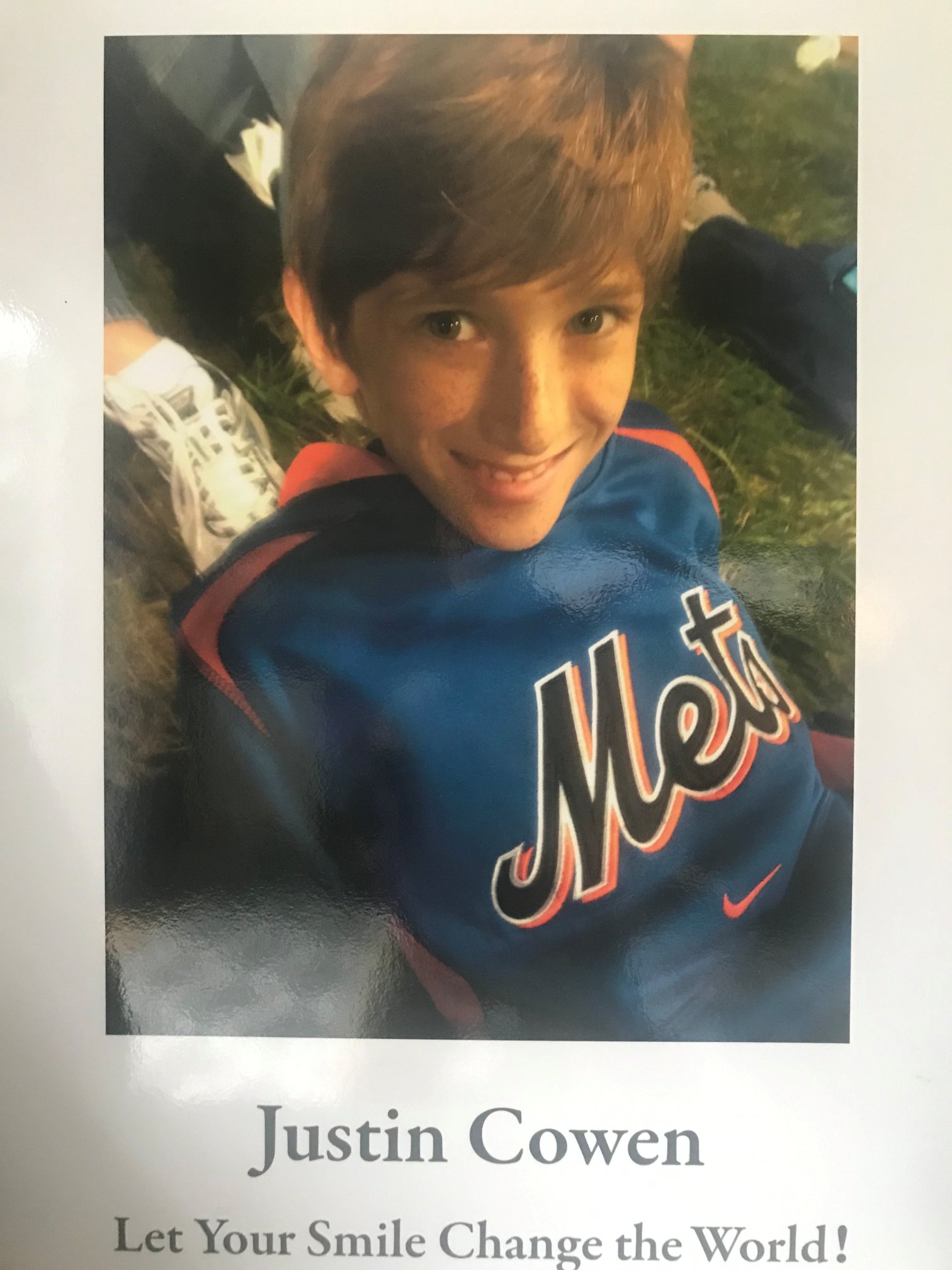 I hobble to the treadmill most mornings and look at Terry’s words, as usual, it was tough, I nod in agreement.

It was tough for Justin, and continues for me, as I bear unending grief, four years later.

Next, I’ll check how many Justin’s Smile masks were sold overnight.

Knowing the proceeds will help fund an ongoing Osteosarcoma clinical trial and support local children who are pediatric cancer’s next targets.

I’ll do the same tomorrow, inspired to continue to “help kids and their families,” just as Justin requested, just as Terry did. 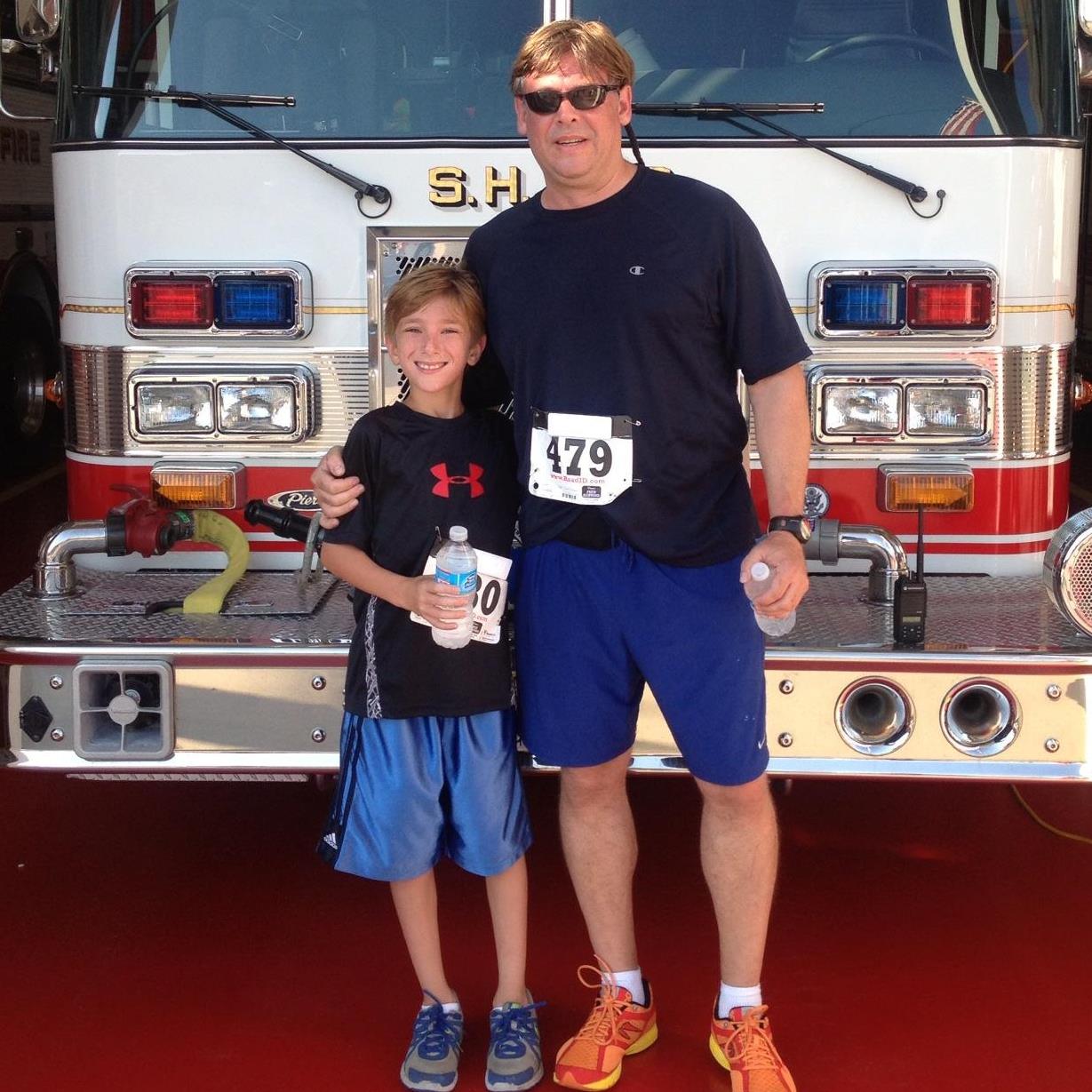 His work has been published in The Good Men Project. While studying for the Newport MFA at Salve Regina University he is working on his memoir about courage and his incredibly brave son, Justin.

READ ANOTHER STORY | Some people say Charlotte should never have been born, but she had different ideas. An inspiring story for anyone who has ever asked 'why was I born?' 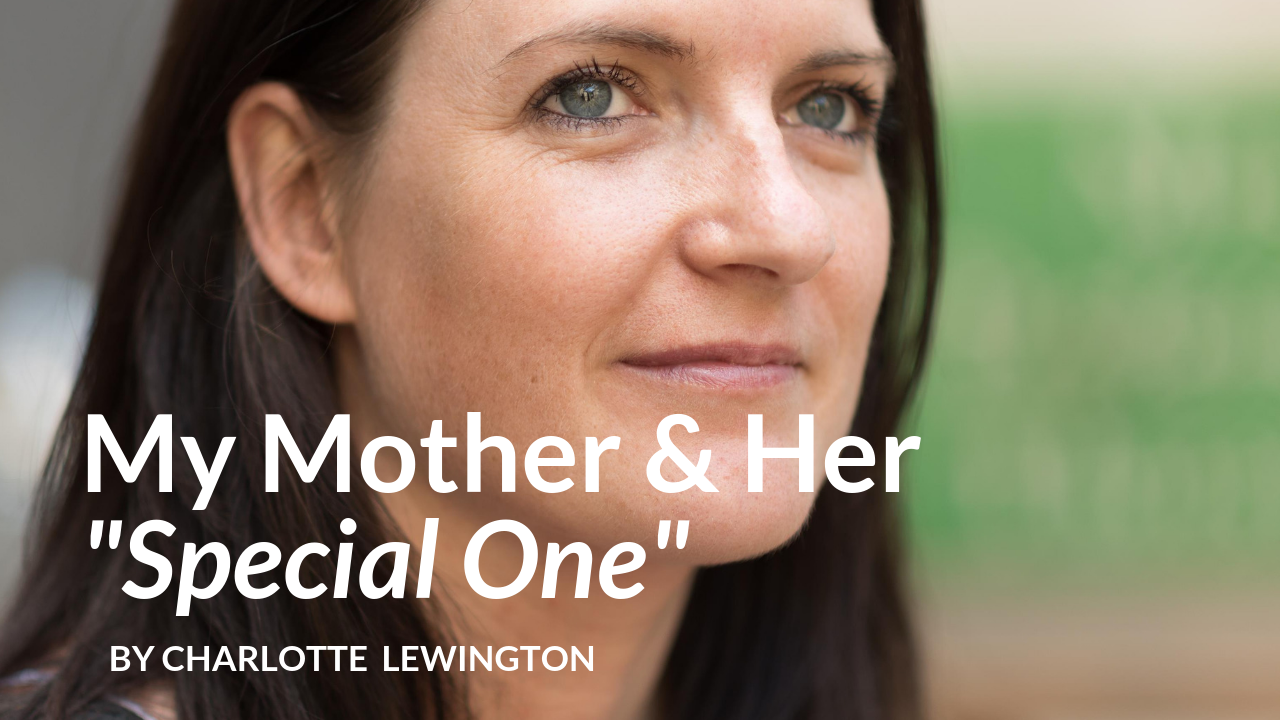