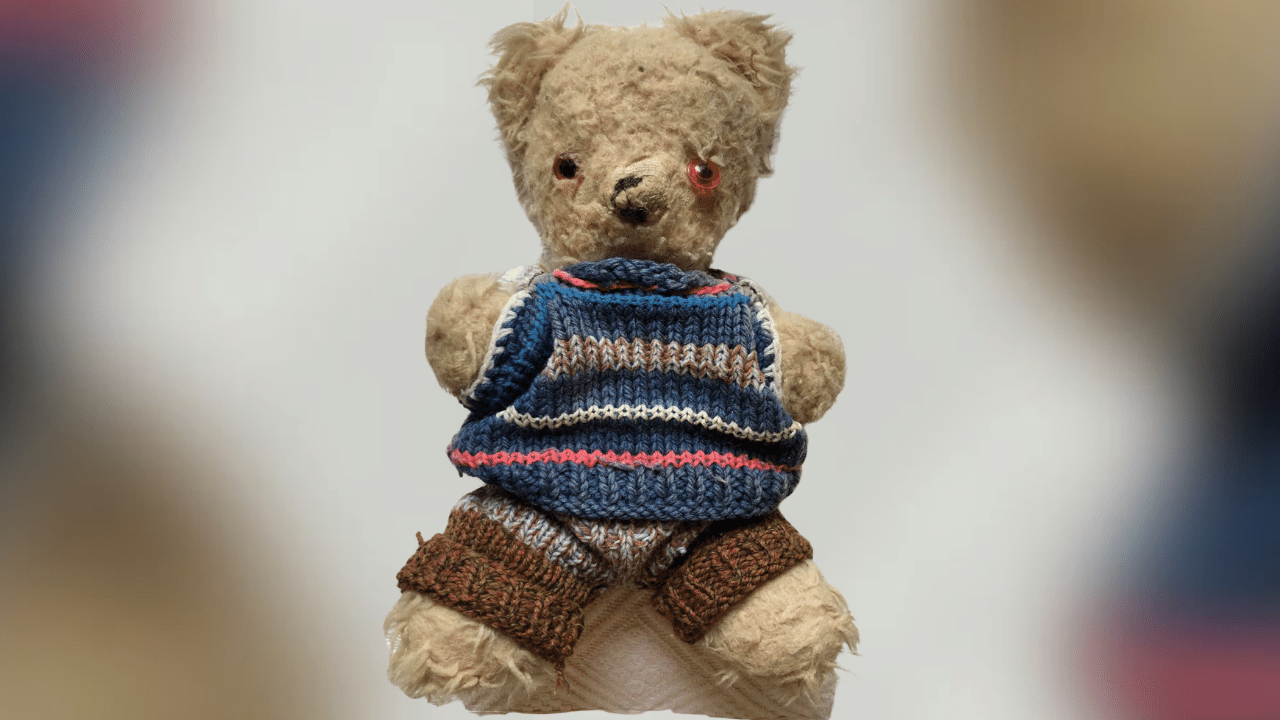 Simon didn't think he had any issue with being adopted.  That was until he found out his childhood teddy bear had been a gift from his birth mother ...

I never knew I had an issue with being adopted.

That was until my 40th birthday.  That evening my parents arrived to take my wife and I out for dinner.  In her hands, Mum carried a box of my childhood belongings.  Inside, lay my childhood teddy bear, Ted.

Later in the evening, my Dad told my wife that Ted was a gift from my birth mum. My wife told me.  At the time, I was a little surprised but not particularly bothered.  Adopted at five weeks old, my parents had told me the story with a picture book about a couple who adopted a little boy.  The book sat on my shelf for the whole of my happy childhood.  I had no reason to be bothered about being adopted.

A couple of months later, I told a friend about the incident.  New emotions bubbled up like a dormant volcano now turned active.  I erupted in incandescent rage, “She didn’t f* love me enough to keep me. All I get instead is a f* teddy bear.”

I had to find a way to deal with this intense anger about being unloved.

I had to find a way to deal with this intense anger about being unloved.

I began my search – moving from business development into personal development, consciousness, and spirituality.  In my search, I read a book about the adoption ‘primal wound’.  At first, I thought the book explained everything.  Adoptees don’t like being rejected. Adoptees don’t like change. Adoptees crave control.  But through my consciousness work, I realised that rather than helping, these beliefs disempowered me.

Adoption had hurt my feelings; it hadn’t hurt me.

I continued searching for answers.   I tried therapy.  During my first session, a terrifying picture popped into my head. My mother stood outside the therapist’s room. Rejecting me again. My terror turned to anger.  I flushed bright red, then white-hot with rage. I am NOT going to let this fear of rejection run and ruin my life. I’m going to find her, I resolved.

A couple of years after my rage and resolution to find my mother, I received my adoption file. The file told the story of my adoption complete with letters, forms, and reports. My birth mother had gotten pregnant and her boyfriend wanted nothing to do with us.

Inside the file I found a letter from her, written three days after she handed me over:

I was going to buy a teddy bear for David in Liverpool on Friday but because we met a lot of traffic, I didn’t have time. I thought the parents wouldn’t mind if he had a little something from me and was upset when I didn’t get him one.

Please do you think it would be possible to buy him a little one for you to send on to him. I don’t know whether this is highly irregular, but I would like him to have a little something from me. Also thinking that I was giving him a teddy and I didn’t do so make me awful sad and when I see teddies on display as did in Lewis’s on Saturday.

Please may I send you one to give him. Sorry to trouble you.

I cried my eyes out.  I pictured my mother crying her eyes out as she wrote that desperate letter. I cried some more.  Feeling her love.

Through my tears I wondered how I had it so wrong all these years.  I looked across at Ted sitting on my desk.  I saw the important part he’d played in my story.   Ted, once a symbol bringing forth hurt, had now become my symbol of healing.

And not just for me, but many others too.

After nine years working as a children’s coach, I was inspired to use my story to help those who need it most.  I never want anybody else to feel as I did.  I developed a specialised program coaching adoptive parents on how to empower their children to T.H.R.I.V.E.  I also coach adult adoptees who seek healing around their adoption story.

Now, My Ted's story continues to ripple out further,  helping  many other adoptees THRIVE. 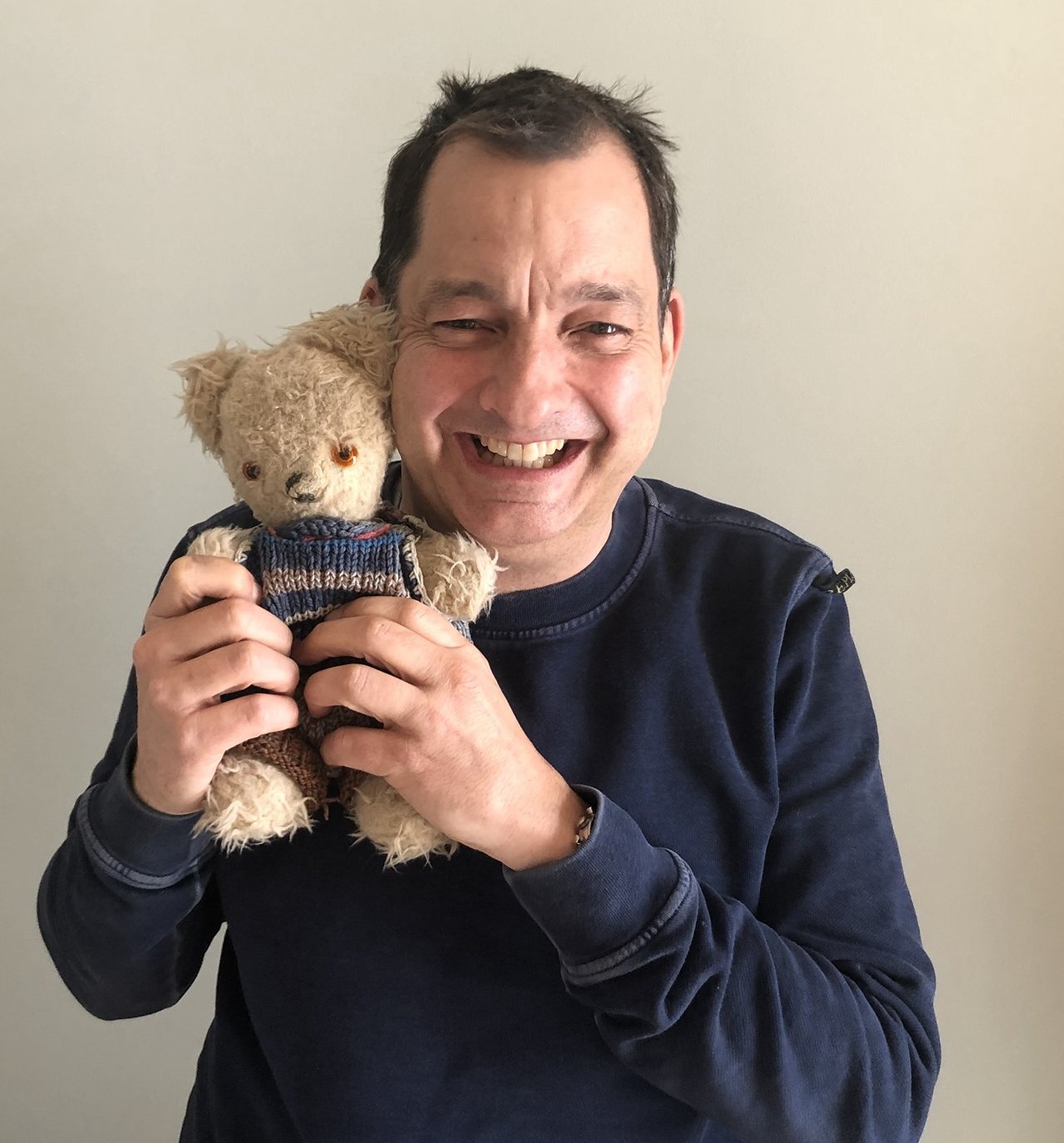 Simon Benn is an adoptee who coaches adoptees so they can T.H.R.I.V.E. and shows adopters how to empower their children to T.H.R.I.V.E. too.