Barb Geiger and her husband Gene set off on an epic five-month service adventure, paddling down the Mississippi in a twenty-foot kayak they built themselves.

Along the way they encounter countless everyday heroes and river angels who offer compassion, care and opportunity to others.    Be inspired by just one of their many encounters …

The river had a kind of magnetism that attracted people to it. It happened for generations. People living along the river couldn’t imagine living anywhere else. And they loved to share the experience with others who were drawn to it.

Every year, adventurers floating the river encountered these river angels, who helped them out by sharing their homes, giving advice, and offering meals, supplies, kindness, stories and encouragement.

On the river for only a month so far, I couldn’t count the number of angels we met  … 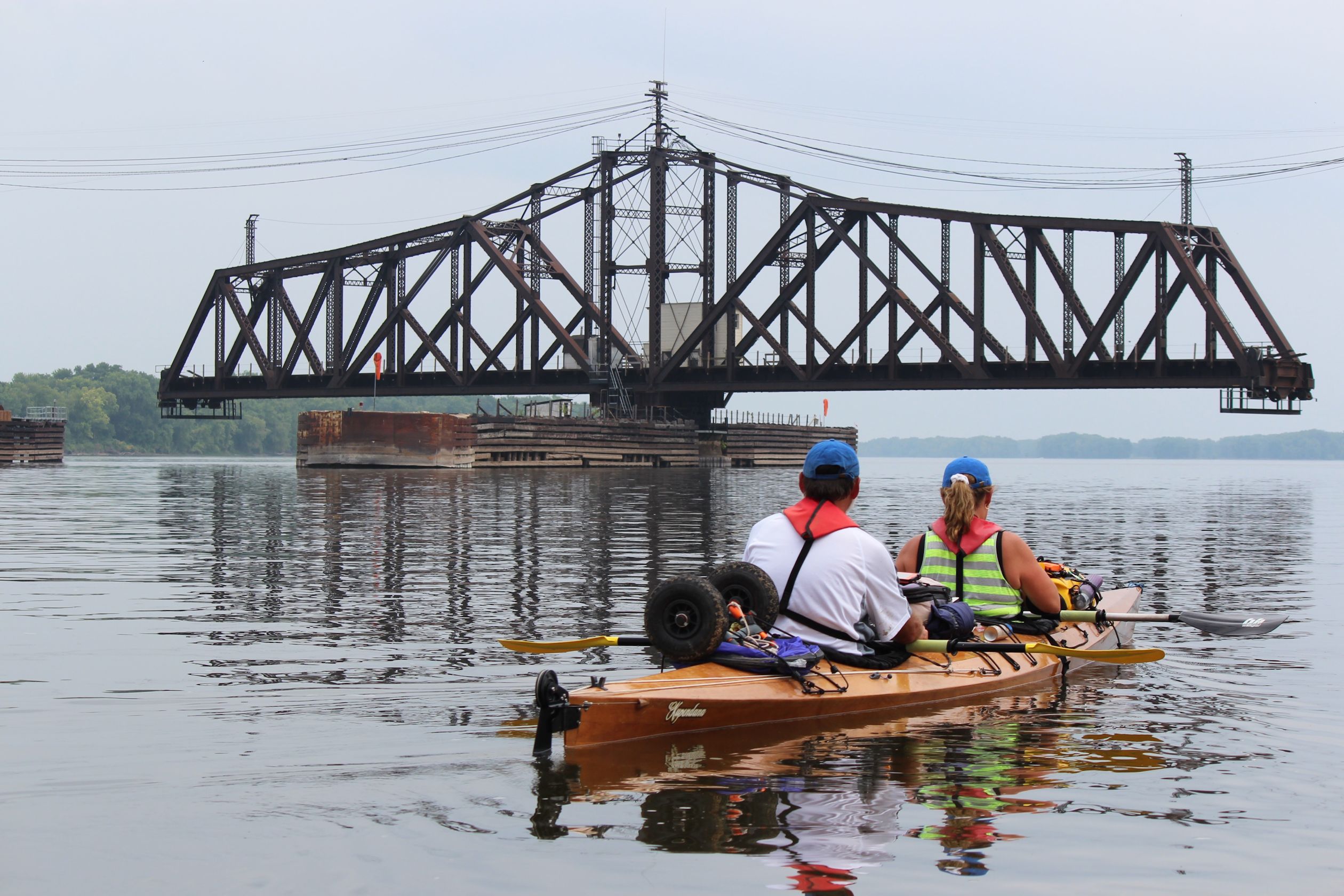 ... Sauk Rapids.  Just the name of the town struck fear in my heart. This stretch of river was reputed to be even more treacherous when the water level was high. And high it was. We stopped at the park to scout the rapids from land. The telltale froth and riffles looked navigable, but our previous experiences with underwater rocks gave me pause.

“I’d rather avoid rapids whenever we can,” I said. “Besides - what’s one portage more or less?”

As we walked, we began to look for a campsite for the night. It was still early enough not to panic, but it would be nice to find a spot along our route. I checked the park hours.

It closed at 10:00, which meant no camping here. I returned to find Gene perched on a stone fence, pocketing his phone.

“I called the police station,” he said, “to see if we could set up a tent anywhere for the night. They told me that if we set up on public land we’d not only be ticketed, but jailed as well.   Welcome to Sauk Rapids.”

“You’re kidding,” I said. Gene’s expression was one of shocked disbelief.

“You’re not kidding.” After our previous experiences in river towns, it felt strange to be warned instead of welcomed. I wondered if other travelers had left bad feelings in their wake. “It’s still early. Let’s keep going. Maybe we’ll find someone who can help us.”

“And as a last resort, we can go to jail,” said Gene. “At least we’d have food and a place to stay.”

“It’d make a great story,” I added. We walked along a road between the river and a set of old railroad tracks. It looked like there might be some businesses up ahead. Where there were businesses, sometimes there were hotels.

As we passed an apartment building, I noticed a young man with a plastic garbage bag headed for the dumpster. “Excuse me,” I shouted. During introductions, I learned his name was Adam - our second Adam in a month. Gene told him about our trip, and recounted our search for accommodations. “It looks like camping might be out. Do you know of any hotels in the area?” I asked.

Adam threw his bag in the dumpster and let the lid shut with a clank. He pointed the way we were walking. “There used to be a hotel just up ahead, but it burned down a couple of years ago. I know there’s one in Sartell.”

“We just ate lunch in Sartell,” Gene explained. “We won’t make it all the way back there. But thanks, anyway.”

“I wonder what’s up with everything burning down?” I asked as we continued.

“It’s weird,” agreed Gene. “Makes you wonder if there’s insurance money involved.” That, or an awful lot of bad luck.

Continuing up the road, Gene spotted a VFW post. His dad was a member of the VFW. Maybe they’d be able to help. At this point, we were ready to set up our tent in the parking lot if they’d let us. I stood in the street with the boat while Gene walked over to make friends at the VFW.

Before he returned, however, Adam came jogging up the road.

“I’m sorry I didn’t think of this earlier,” he apologized. He moved his sunglasses to the top of his head. Without them, he reminded me of John Ritter with a mustache and goatee. “My fiancée and I are leaving for the 4th of July weekend. You could stay at our place!”

My face must have registered the shock I felt, because he went on to explain, “I went back in to tell Brittany about meeting you and it hit me. You could stay here tonight and just hide the key when you leave. I checked with Brittany and it’s okay with her.”

Gene returned, disappointed that no one at the VFW could be of help. When Adam repeated his offer to Gene, he looked flabbergasted. “Really?” he asked. “That’s an incredibly generous offer!”

“I just became a Christian a year ago,” explained Adam. “I think it’s what God wants me to do.”

We backtracked with Adam to his apartment, where he introduced us to Brittany, a petite brunette, every bit as gracious as he. “Oh, it’s fine with me,” she said. “I’m proud of him for thinking of it.”

We learned that they were getting married in August; I made a mental note to send a card from wherever we happened to be.

Gene and Adam agreed on a place to leave the key in the morning. We thanked them for their kindness and watched them drive away, leaving us their home. What an awesome demonstration of love and trust!

We walked over to the VFW for some supper, set up our bedrolls on the living room floor, and enjoyed nice, hot showers, grateful once again to people we barely knew.

This piece is an extract from the memoir "Paddle for a Purpose" by Barb Geiger, published by eLectio Publishing 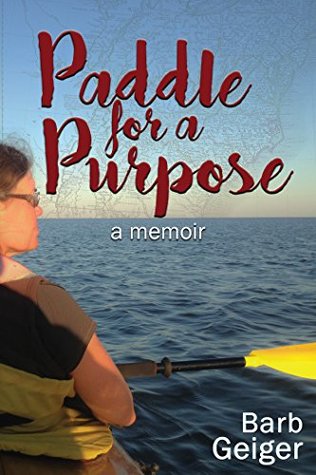 Paddle for a Purpose will appeal to anyone who dreams of taking an epic journey and those who are inspired by stories of God working in the world today.