Falling for The One by Hannah Teslin | Inspiring Story #57 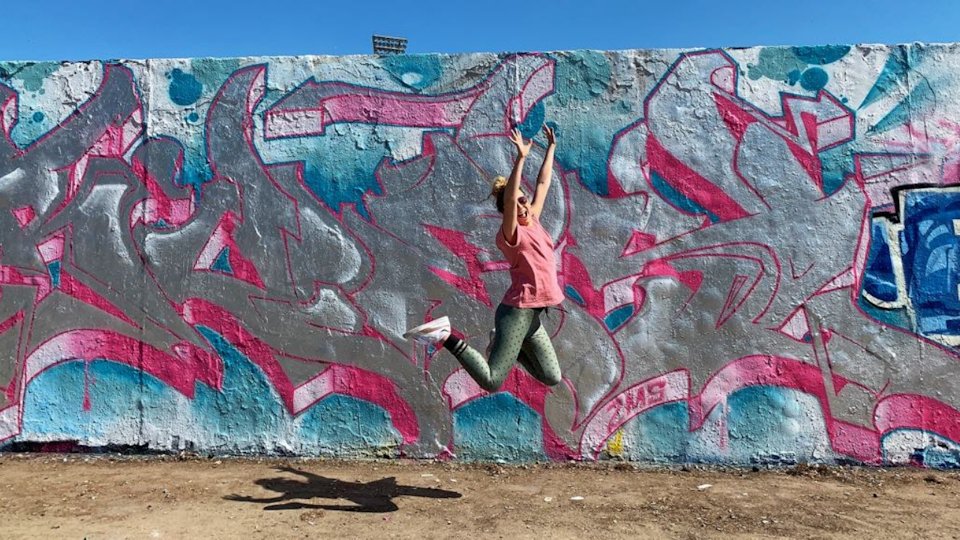 A short story about finding love, facing your fears, and discovering who ‘The One’ really is.

Six years ago, I moved to Germany to be with a guy who I thought was ‘The One’.

Crazy in love, I boarded a plane to move to an unfamiliar land where I didn’t know anyone except ‘The One’.  As the plane took off, I thought about the cozy life I was leaving behind in Canada; my home, job, friends, and the people closest to me.  It wasn’t an easy decision, but I was willing to do anything for the ‘The One’ I’d found.

Within three years of moving, everything felt kind of perfect.  My boyfriend and I lived in a gorgeous European city, in a beautiful neighborhood.  I’d landed my dream job as a global event planner, and I traveled the world for work.  I was no longer an outsider.  I became part of his family. I learned to speak German and found amazing friends.

I felt so lucky in love and life. I had my loving German ‘prince’ and the beautiful life we created together.  At the time, he was my biggest supporter, and I knew we cared for each other.

But things didn't stay that way.  Around this time a year ago, my boyfriend and I sat at the dining table enjoying a meal together.  My boyfriend took a bite into his ‘German’ bread, and he looked up at me with guilty eyes and said, “I just don’t know if I love you anymore.”

In that moment, the world we’d created went into a wild spin.  It’s as if my chair had been pulled out from under me, and the table, walls and ceiling came crashing down on top of me.   Distraught, I smashed a frame with a picture of us on the floor, then immediately called my mother, took a taxi to the airport and checked into an airport hotel.

The following morning, I caught the first flight home to Canada.

... he looked up at me with guilty eyes and said, “I just don’t know if I love you anymore”

In Canada, I found comfort in being with my family, yet I felt lost.  I looked in the mirror to see a girl with sad eyes, full of anxiety, not knowing what the future held.  I wondered what “the eff” I should do with my life.

I didn’t hear much from ‘The One’ again, and within weeks he had a new girlfriend, which I discovered via social media and mutual friends.  Then, three months later, he moved her into the flat we shared, the last place I thought was home in a foreign land.  I was further devastated by this news.

However, I wasn’t going to let his actions get in the way of everything I had built in Germany - with or without him.  Somewhere inside of me, I knew I was being called to step out of my comfort zone and into something bigger.  I had run back to Canada to seek comfort.  But now, it was my time to take care of myself, become an independent woman, and I was going to do this in a foreign country.

I took my return flight back to Germany.

Falling in Love with “The One” (for Real this Time)

I always thought I loved myself, but as I look back, I didn’t.  I believed loving myself was cooking healthy and going to the gym three times a week.  I spent time ‘relaxing’ watching Netflix and scrolling on my phone (with my ex by my side).  I’d passively taken on traits of my partner. I was comfortable with myself, but that didn’t provide me space to grow.

Returning to Germany, and living alone there, pushed me to realize how much I needed to love myself at a deeper level.  I realized I was living an uninspired life off a schedule that lacked creativity or passion.

I took the void from the relationship and filled it with my passions.  I worked through my anxiety and started doing things that were too scary for me in the past.  Like finally attending the dance class, I was always too nervous about going to.  I took time to improve friendships and make friends into better ones.  I read empowering books.  I invested in therapy and took care of my body inside and out.  I focused on my career.  I did my best to keep my heart open.

I felt empowered by my choice to overcome this challenge of living abroad - not for anyone but myself.

Now, I have new confidence that I can do anything I want. I have become my biggest supporter.  I became ‘The One’, and my passions and self-improvement became my new love.  But most importantly, I am grateful for the people in my life who stuck by me and fought for me when I had issues fighting for myself.

The void and my lonesome feelings are now filled with an authentic life that I never thought I was brave enough to achieve in a country that isn’t home.  And now, a year later, which feels like a milestone, I look at everything I’ve built and achieved, and I know the change was for the better.

I am liberated and independent.  I have my own beautiful flat, I have the best of friends, and I landed a promotion at work.  I’ve created an online community of ambitious international women in Germany who I aim to empower as well.

Home is within me.  When someone asks why I am here in Germany, I tell them, “Well, I came for a man, but now I’m here for me.”

Sometimes things need to leave your life to make space for better things.

A big part of my healing has been to share my story with others...

A big part of my healing has been to share my story with others. Situations like this are part of life and don’t need to be a secret because it happens to everyone.

If change is scary for you right now, know that you just need to keep pushing. Good things will eventually come around. You are not alone in this. 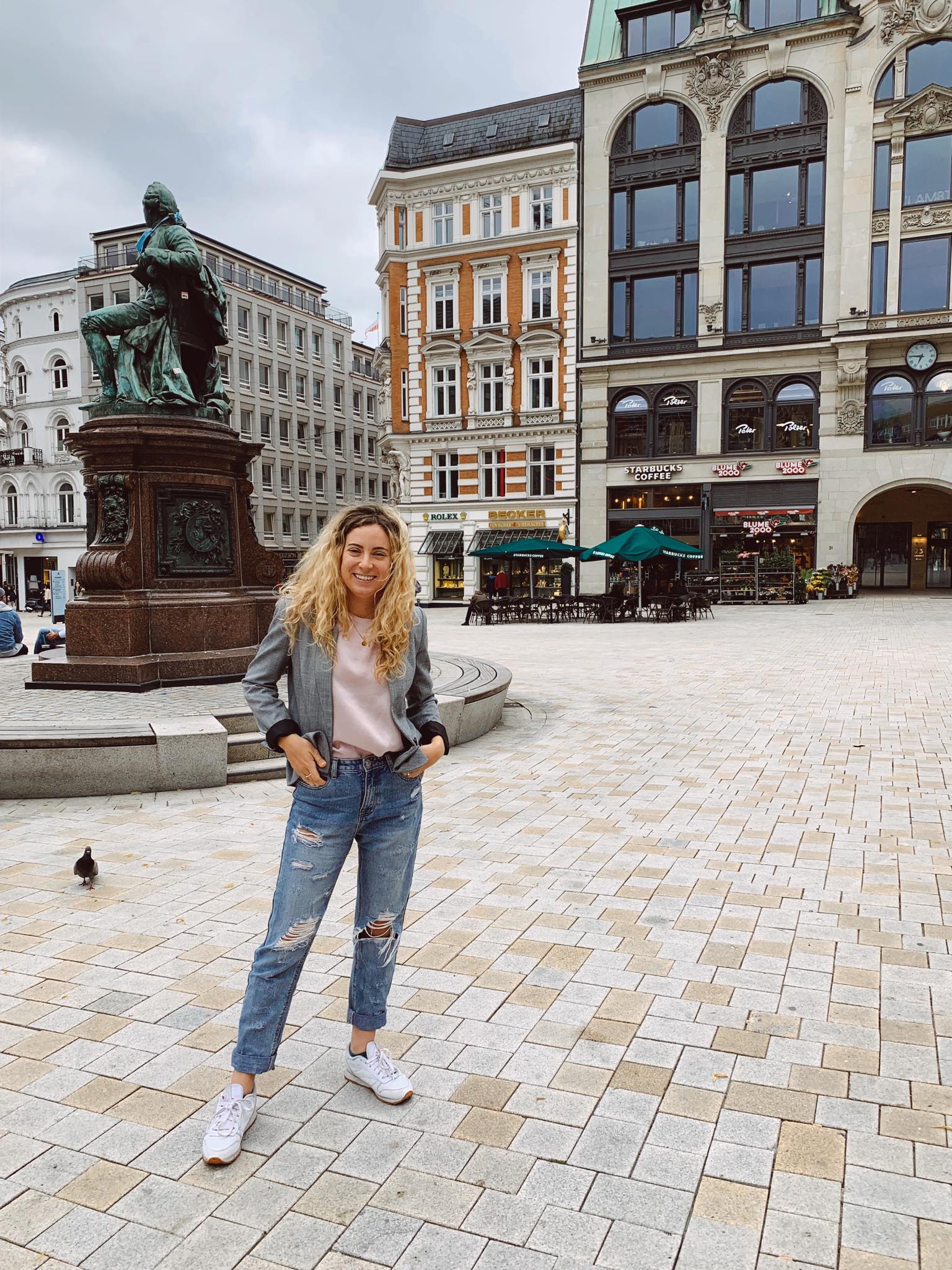 Hey there, I'm Hannah Teslin!
Follow me on my Instagram or Blog, where I write about my quest to live an authentic, creative & colorful life abroad in Hamburg, Germany.