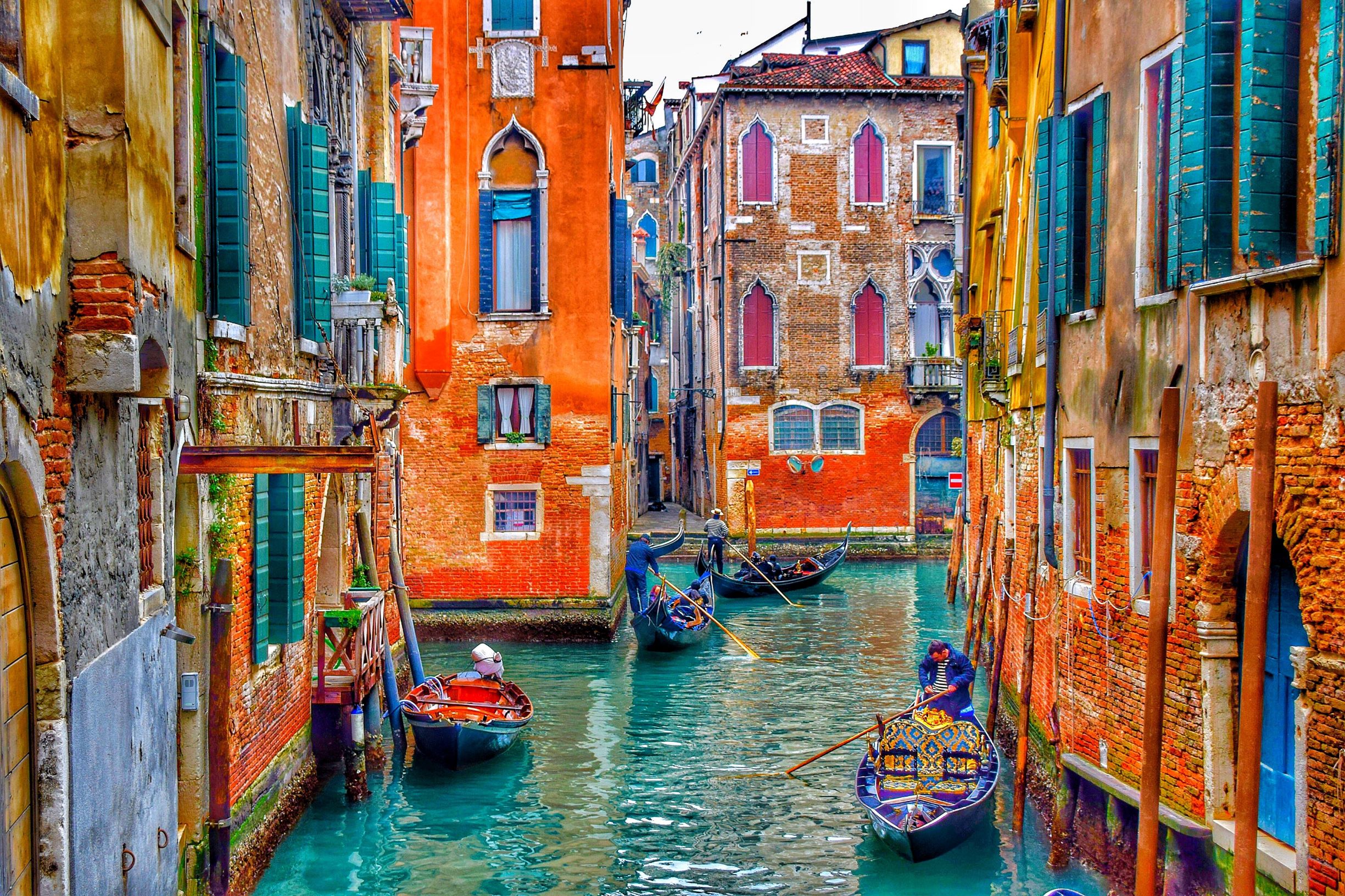 Moving To Venice... "What better place in the world to remedy the ills of too-much reality than Venice, a place that positively defies all definitions of reality?"

Wanderlust is my patrimony. Since I was born I have never lived anyplace for more than a few years. In an itinerant life of crossing countries and continents, I have loved many places. Just not for long. The song of elsewhere was always strongest.

What I love is the heart-throbbing passion of falling for a new place. Falling so hard that you want to not only visit there, but yearn to live there. To yield to the infatuation and actually pack up, pick up, and move. To become, even if only for a time, a part of a place. To uncover some of its secrets. Of course infatuation does not always last forever; the magic, soul-stirring spell of a new and unexplored place can transition to routine.

But special places and experiences become not only a part of our past, but a part of ourselves. Things we carry with us forever.

Living in Venice was one of those. Scott in Venice - The Magic of Elsewhere

These things that we'd acquired were what we believed we were supposed to want. They were, it seemed, the very things that real grown-ups were expected to have. But when we looked around at the tangible trappings of the lives we'd built, they felt like exactly that to us: trappings.

We wanted more. Or to be more accurate, we wanted less. Less obligation, less convention, less mundanity; in short: less reality. The recommended requisites of real life and convention had been tried, tested and found wanting. And left us wanting something else. Something more.

The magic of elsewhere.

And so we packed ourselves and our two dogs and moved to Venice.

After all, what better place in the world to remedy the ills of too-much reality than Venice, a place that positively defied all definitions of reality? Few places are further removed from the regular reality of the real world.

And if you can move yourselves and your lives to someplace that sits on the sea on the misty borders between dream and reality, you do it. Some friends told us not to rock the boat. Things were going well for us, and after all, they said, these were our prime-earning years.

But we were less concerned about maximizing our prime-earning years than enjoying our prime-living years. And we had a strong suspicion that if you didn’t boldly embrace your dreams, they could fade into dreary regrets of things you wished you’d done.

... we had a strong suspicion that if you didn’t boldly embrace your dreams, they could fade into dreary regrets of things you wished you’d done.

We knew we were impulsive but nevertheless when we looked back on our lives, we wanted the list of dreams we’d chased to be longer than the tally sheet of things we regretted not doing.

Like Venice itself, we found ourselves in-between things. We were in-between youthful impetuousness and the grown-up acceptance of adulthood and its demands. And we wanted to stay in this in-between as long as possible. To savor it.

There’s a lot of in-between in Venice, floating as it does precariously on the misty borders of land and sea, dream and reality. It’s a city built in the middle of a lagoon, a place no city belongs. Murky mudbanks made majestic. An entire city built on the firm faith that it did not have to be like anyplace else. A place where stones stride the sea, seemingly floating on nothing. And though dreams don’t last forever, the chasing of them does and so you find that you move to other less enchanted shores but still carry that experience with you.

And things that stay with you sometimes beg to be shared, to be shaped and molded. To become art. That’s how the love of the lasting beauty of living in Venice turned into a novel.

And the writing of the novel, even when it’s about fictional characters and their own different dreams, makes you feel closer to those dreams even as time and distance draw you ineluctably farther away. Scott Stavrou is from Las Vegas and a graduate of Georgetown University. He has lived and worked as a writer in San Francisco, Prague, and Venice. He presently lives on a small Greek island.

He has written fiction and non-fiction for numerous publications in America and Europe and was awarded a PEN International Hemingway prize for short fiction. In addition to writing, he serves on the Board of Advisors for Write Away Europe, where he is also a Creative Writing Instructor.

Losing Venice is his second book and is available in paperback and e book in select bookstores and at all your favorite online booksellers.